Be Cautious With Contract “Merger” Clauses 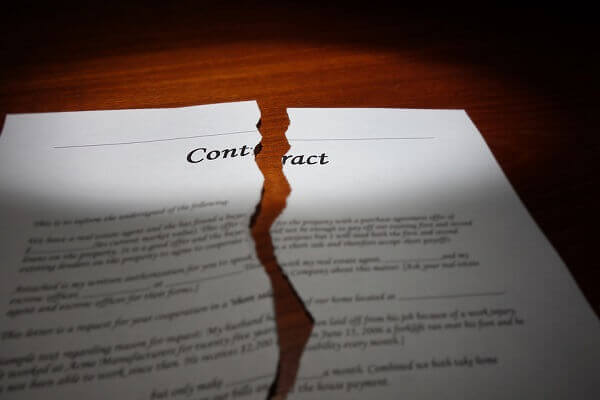 It is, of course, quite common to negotiate an important contract via telephone and email. The last detail is finally nailed down. The parties exchange congratulatory messages and one party, perhaps the seller, says he or she will send a formal contract for execution by the purchaser.

Tucked within the boilerplate of many commercial contracts is a special, innocuous looking clause that has enormous power. Sometimes referred to as a “merger” or “integration” clause, its phrasing can seem harmless. One common form is as follows:

This is the parties’ entire agreement on this matter, superseding all previous negotiations or agreements.

With such a clause in place within a contract, a Wisconsin court will generally indicate it will receive no prior or contemporaneous information (e.g., email messages or notes from a phone conversation) that either vary or contradict the language of the actual written agreement.

Generally speaking, any written agreement that represents the final and complete expression of the parties’ agreement may not be contradicted by extraneous evidence, even if the contract has no merger clause. The difficulty, of course, is proving that the parties intended a particular document to be such an exclusive contract. The merger clause makes the intent of the parties clear. The court generally says to the parties, “How can one of you contend that the contract has a provision that contradicts this document when you both signed it and the document says there is no prior agreement that isn’t recorded within the ”four corners“ of the contract itself?”

Some Exceptions Apply to Merger Clauses

There are a few instances in which a party may be able to present some evidence as to negotiations and other “pre-contract” matters that contradict the provisions of the written agreement containing a merger clause, but they are few and far between. Generally, one must show some sort of fraudulent inducement. Without such a showing, in virtually all cases, the contract stands as written.

Generally speaking, a subsequent agreement between the parties is unaffected by the presence of a merger clause in the earlier dated contract.

Contracts generally form the building blocks of commercial relationships. While some business owners pride themselves on successfully engaging in “handshake deals” and other informal arrangements, in most cases – particularly where significant sums of money are involved – the parties are best served by memorializing their agreement in a formal, written fashion.